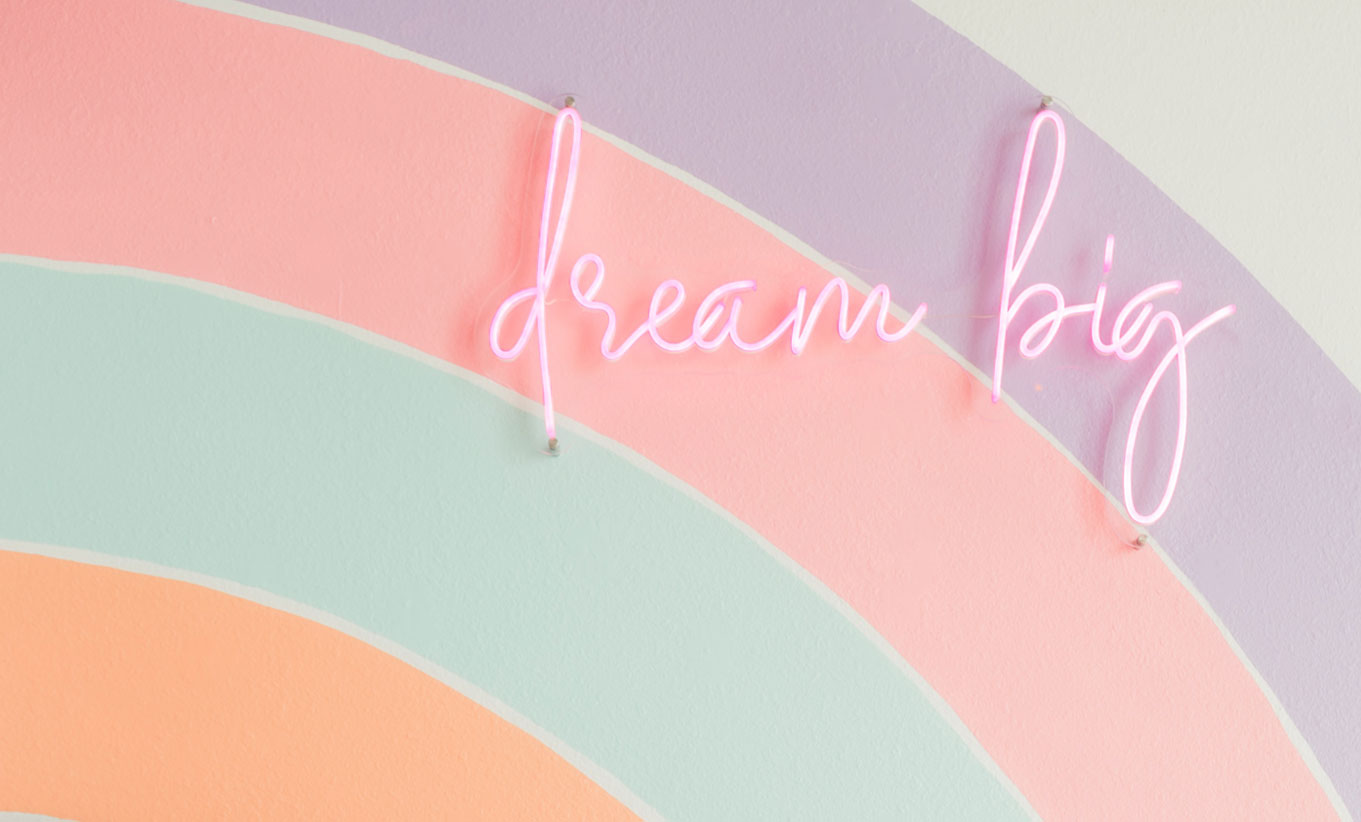 2021 was another ‘interesting’ year for everyone. From day one, we have been immersed in the pandemic, continuing to having to adapt constantly to keep up with the new ‘normal’ for a second year. There have been delays, cancellations, frustrations, and regulations upon regulations – but these tough times have sparked some of the most imaginative, innovative and inspirational ideas we’ve seen yet.

As brand-builders, our source of creative inspiration to make brands come true often surrounds us not just in the marketing industry, but comes from culture, fashion, the arts, entertainment, and more. As we wrap up 2021, we asked our team to reflect on their favourite moments of the year that broke through the traditions of categories and surprised the expectations of millions.

Here are our favourite moments of 2021, brought to you by our team:

ABBAtars and The Voyage Concert After 40 years, the iconic Swedish group reunites dropping its album The Voyage, supporting the launch with a concert residency at 3000-capacity purpose-built arena in Queen Elizabeth Olympic Park, London. It’s exciting to see this band come back to begin with – but it gets more interesting. Instead of performing in person, the singers will perform digitally in avatar form, with the concert venue offering booths with private dance floors.

This powerful ad evoking courage and hope has to have moved every viewer to laughter and/or tears, taking the prize as the most relatable and moving ad of the year. This ad was a brilliant portrayal of a forward-thinking brand marketer digging into the psyche of its frustrated consumer base by artfully blending humour with hope in an often painful and sometimes desperate period in our lives.

-From Thomas Pigeon, CEO and Owner 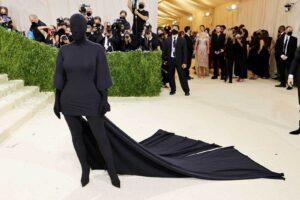 Brand collabs across industries are a fun and creative way to extend brand discovery and spark interest – but Balenciaga took it to the next level with some of the most unexpected partnerships that we love. From Kim Kardashian’s bold, weird, and viral head-to-toe Met Gala outfit, to Fortnite and Simpsons partnerships, just about every demographic knows this brand now. Brilliant. 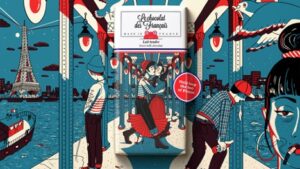 At Pigeon, we always say that packaging is the touchpoint that consumers spend the most time with for any CPG brand. And, when creating a 360 campaign, we always aim at making it a brand campaign, so the communication will build on one singular idea allowing for working dollars to work even harder. The campaign for Le Chocolat des Français has mixed those two concepts brilliantly. The packaging of the chocolate bars is the centerpiece of this campaign. It’s funny, it’s current and, most of all ownable. It has won lots of awards for TBWA, showing that you can develop ideas that are creative while delivering results.

Dune Bringing Us Back to Theatres 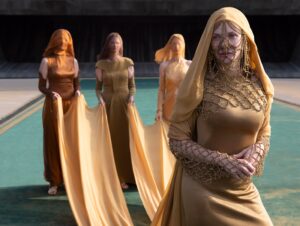 After a much-too-long hiatus from movie theatres, Sci-Fi hit film, Dune was more than worthy of bringing us back to the cinema, and for so many reasons. Not only was the production and set design incredible (and directed by local talent from Montreal, which we love!), but the costumes were out of this world. In the film, a complex extraterrestrial kingdom exists with a multitude of planets, each with their own culture and social structure, playing a key role in the narrative. The costume designers did a fantastic job building a galaxy of fashion.

Rihanna Blowing up the Concept of Fashion Shows 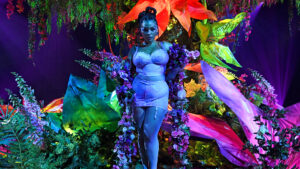 Rihanna completely changed the name of the game for the entire lingerie category with her Savage x Fenty fashion show on Amazon Prime. Rihanna’s lingerie line, Savage, said ‘no’ to everything we know about the category – runways and thin, cis, female models, and overall linear thinking. The Savage fashion show was a production masterpiece – with dancing, walking, singing and acting by small to plus-sized, female, male, and non-binary talent, all seamlessly intertwined via flawless choreography and coordination amongst various sets creating a ‘one-take’ filming effect. The diversity representation, production value and entertainment of this fashion showcase was incredible. Victoria’s Secret, who?

From Gaming Monitors to Netflix with Arcane 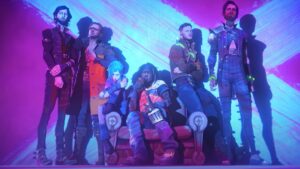 Riot Games entered the film space with the hugely popular animated Netflix Series, Arcane. The animation style was inspiring, and the way music was incorporated into the fight

scenes/cinematic world was exceptionally well done. Most notably, the departure from strictly gaming expanding to film and partnering with big name music producers to represent the series (in Arcane’s case, Imagine Dragons) is extremely innovative.

Superblue, Miami’s new experimental art concept has opened its doors. Located in a vast, unused industrial building in the city’s Allapattah neighborhood, the space transforms 50,000 square feet into an immersive installation space, kicking off an inaugural programme with large- scale works from artists including Es Devlin, James Turrell and teamLab.

French rapper Orelsan launched his Civilisation album with brilliant marketing tactics leading him to have the most successful album launch for a French rapper in France. One month before the album dropped, he released a documentary on amazon, brilliantly named Never Show This to Anyone – filmed by his brother since his teens, convincing him that one day he’d be famous. Three weeks before the launch, pre-sales were offered to increase exclusivity and demand. Once the album dropped, there was a bug for purchasers at checkout – he redeemed himself with a funny and transparent 9-minute video explaining what went wrong and apologizing. Just after the launch, Orelsan pulled a “Willy Wonka” and announced that he had hidden 5 golden tickets inside albums for passes to his next concert. Authenticity and transparency were Orelsan’s golden ticket to album success. 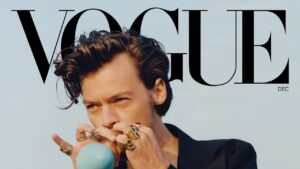 Clothes are more than a few pieces of fabric, they are a way to represent yourself, to express your personality, to play and tell stories. It was wonderful how Harry Styles helped us remember that we should be able to express ourselves freely by wearing what we want regardless of our gender, ethnicity, age, sexual orientation or social status. Vogue made a bold and powerful statement in the same spirit with Harry on the December 2020 cover wearing a dress, leading us into 2021, continuing to promote the self-expression movement, in every shape and form.

Pigeon is a full service, independently owned branding agency with more than 40 years of success crafting some of Canada’s …